My first book, Pentecostal Pacifism, was a result of my M.Div. Thesis at North American Baptist Seminary, Sioux Falls, SD (1982).  It was  published by The Center for Mennonite Brethren Studies, Hillsboro, KS, in 1989. 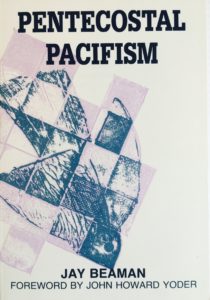 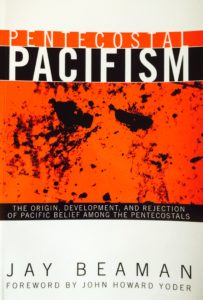 More recently (2013) I published with Brian K. Pipkin a sort of catalog of Holiness and Pentecostal denominations’ statements (mostly) against going to war.  The volume is titled, Pentecostal and Holiness Statements on War and Peace (Wifp & Stock, Eugene, OR).  In this book, we documented the widespread belief in pacifism and nonviolence among the radical Holiness sects, and nearly all the Pentecostal sects.  We were also able to document this belief and practice among Latino and African-American Pentecostal sect groups.

In 2017, Brian K. Pipkin and I published, Early Pentecostals on Nonviolence and Social Justice (Wifp & Stock, Eugene, OR). 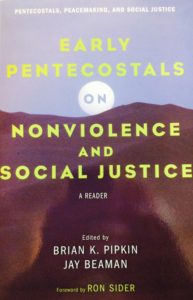