The Church of God, Cleveland, Tennessee, was perhaps emblematic of former Holiness churches who turned Pentecostal and added a third blessing to the second, resulting in a three-stage process of conversion. In 1917, the Church of God adopted a position “against members going to war,” seventh in a list of mostly prohibitions against drinking liquor, using tobacco, wearing gold jewelry, belonging to lodges, and swearing. The simple prohibition “against members going to war,” complete with numerous scriptural citations was twenty-ninth in a list of official Church of God “Teachings.” However, as early as 1915, 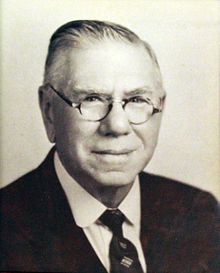 A. J. Tomlinson had written an editorial in the Church of God Evangel about “The Present Situation.” He noted that war normalized the very behaviors punishable in times of peace, suggesting, “If this is not vilainous [sic] then we are without expression.” Tomlinson described the numerous practical losses for families and homes, resulting “…poverty and starvation,” but moved quickly to relate this to the work of Satan, through whom, “…Millions of souls are driven by the cruel war lash in to the slaughter-pens of Hell.” He criticized the progressives, who “…yesterday…were boasting of their high state of civilization, holding their peace conferences and planning to step right into a state of millennial peacefulness; to-day they are plunged beneath the surface of a crimson sea and bathing themselves in the blood of uncivilized barbarism.” His argument critiqued the powerful and educated and placed the solution in identifying with the poor. “While the multitudes of ‘up-to-date’ people are studying the war problems…[it] is a good time for us to humble ourselves a little lower and go among the common people and work for the salvation of their souls.” For Tomlinson, the solution was in fighting another war, waged for God with the discipline and sacrifice of soldiers; a war to persuade others into salvation.

Note how all three Church of God men list “Church of God” as a reason for requesting exemption from military service in WWI, in conformity with the teaching of the Church of God and in compliance with draft registration requirements that they could only request conscientious objection if they were members of a well recognized religious sect on record against members going to war.